This is a list of our currently available instruments.
By clicking each individually you get a data sheet for
that instrument.

Please contact us if you have any special
requirements.

A Legacy in Precision Instruments

The Eppley Laboratory was founded in Newport, RI by Captain Marion Eppley in 1917 for the purpose of supplying Weston Standard Cells at the request of the Leeds & Northrup Company. It was incorporated shortly thereafter and after World War I, the Standard Cell division continued to grow and Eppley Lab added new products including Thermal Radiation Instrumentation, DC Bridges and Thermopiles.

In the 1930’s and 1940’s, Eppley began supplying instrumentation for the measurement of solar irradiance and atmospheric irradiance. 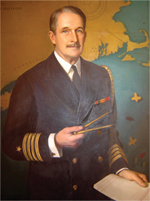 This is a list of our currently available instruments. Solar radiation is a term used to describe visible and near-visible (ultraviolet and near-infrared) radiation emitted from the sun. The different regions are described by their wavelength range within the broad band range of 0.20 to 4.0 μm (microns). Terrestrial radiation is a term used to describe infrared radiation emitted from the atmosphere. The following is a list of the components of solar and terrestrial radiation and their approximate wavelength ranges:

Outside the earth’s atmosphere, solar radiation has an intensity of approximately 1370 watts/ meter2. This is the value at mean earth-sun distance at the top of the atmosphere and is referred to as the Solar Constant. On the surface of the earth on a clear day, at noon, the direct beam radiation will be approximately 1000 watts/meter2 for many locations. While the availability of energy is affected by location (including latitude and elevation), season, and time of day, the biggest factors affecting the biggest factors affecting the available energy are cloud cover and other meteorological conditions which vary with location and time.